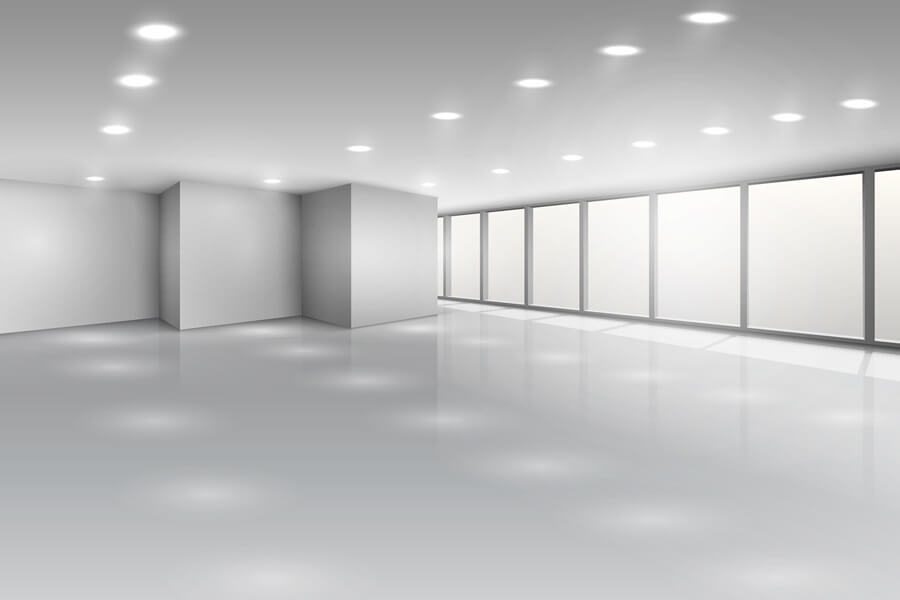 Open space concept for office and workplace design is all the rage today, but in actuality, it is not a novel concept at all. Let us take a closer look at this concept to understand what it is, its origins and spread, its raging adoption, and 5 major reasons driving it. While many new offices constructed by industrial construction companies are being constructed with the open office space in mind, many commercial general contractors will offer services for retrofitting existing office spaces.

The open space office concept involves the use of large open spaces for all employees. There are no real dividers among employees such as cubicles or walls. Some may categorize cubicles with half-height dividers as open space as well, but it is inconsistent with the generally accepted open space concept that comes to your mind. In this office plan, there are individual desks or one large desk for all the employees in a large room. Other office facilities are also similarly arranged, while certain enclosed spaces where necessary, such as conference rooms, may exist.

This concept is not really new. This was introduced in Germany in the 1950s. However, in the following decades, this office design was largely rejected in the US in favor of cubicles. However, in the late 1990s and the early 2000s, the open space office plan has really taken off, mainly led by Silicon Valley-based IT companies. A modern example is Apple Park, the headquarters for Apple, which will feature mostly open spaces for the 12,000 employees working there. Facebook also has plans for thousands of employees to work under a mile long roofed building.

An important advantage of open space office buildings that building renovation companies will tell you is that the employees are less of strangers to each other. Since everyone can look right across the whole office, employees are more likely to make friends and acquaintances in the office. This creates a sense of shared responsibility and fraternity among the office workers. This is not possible when everyone has closed office spaces. It may lead to situations where one office worker may not even know if some other random employee even works in the same office. This is also useful for managers to manage their employees better since they can easily keep tabs on them. It also reduces the discomfort that a lower employee may face while approaching higher levels of management. If the top-level executives are also seen by everyone engaging in their daily work like everyone else, it humanizes them and makes them more approachable.

Another important aspect often marketed by industrial general contractors is that open spaces enable more collaboration. One reason for this is that an employee can simply glance over and see what others are doing. This awareness of others’ states of work leads to better collaboration. This is not possible in the case of enclosed office spaces where one employee may be entirely oblivious to what is happening even in the neighboring office. In open spaces, the increased natural interaction also increases collaborative performance. It may often happen that as one person is explaining an idea to another person, a third person casually listening in may jump right in to add his inputs. The absence of barriers among different departments also increases inter-departmental co-operation. When departments are housed in different buildings, often conference meetings need to be scheduled to facilitate the exchange of ideas and to make sure that everyone is on the same page. However, if everyone is under the same roof, any employee can simply walk over to any other employee of another department whenever there is any need for any clarification.

While general contractors will mention enhanced collaboration and productivity as the main pitch for open office space, it also creates a better work environment for your employees. Human interaction naturally increases in open spaces. This leads to a general good feeling. It also creates many friendships among your employees, enhancing employee retention. The increased comradery also manifests itself during many celebrations such as birthday parties and target achievement or exceeding parties. Such interactions and shared experiences are very rare and almost have to be forced in closed office plan workspaces. The improved employee satisfaction also shows good results for your overall employee productivity, thus having a positive impact on your bottom line.

Increased use of natural light

Most open-spaced plans often make maximum use of the periphery of large open rooms. This is where most of the windows are. Thus, most of the employees are located closer to the windows and will make use of natural light. This does not only reduce the energy consumption, but it also leads to a more airy office. The natural light also has a more positive impact on people’s mood. The areas near the center are also often put to use for maximum utilization. Often the middle spaces are for storage or conference rooms. These areas do not need to have the brightest lighting at all times. Hence, the office can rely mostly on natural light with minimal need for artificial lighting during most of the day.

One of the major factors driving up the adoption of this kind of office plan is simple economics. If you were to divide up all your employees by building walled offices, it simply costs too much. Even a few offices for executives and cubicles for everyone else still has a large cost. However, with the open space office design, you don’t need any dividers or walls. This cost-saving is significant, especially when you add up the numbers for a large number of employees. Open office designs also allow you to accommodate a larger number of employees since no space is taken up by the walls or redundant utilities such as electrical connections. Also, setting up an open design office is very easy, just set the desks and chairs, and you are good to go. This combination of factors leads to open space office plans being a lot cheaper than other options such as cubicles or full height office dividers.